Maury Terry  Author of The Ultimate Evil was able to connect the 1978 death of John Carr at Minot Air Force Base in North Dakota to both the Process Church and Son of Sam murders. Carr, who was shot in the head at the home of his girlfriend, was initially listed as a suicide, but it turned out, John’s father, Sam Carr of Yonkers, was the inspiration for the term “Son of Sam.” Berkowitz told Terry the group likely killed John Carr, a user of illicit drugs and diagnosed schizophrenic, because of his bizarre behavior and the fact he was untrustworthy. Berkowitz also fingered Carr as one of the Son of Sam shooters. But was this the truth or fabricated??? Was Maury Terry just trying to sell a book? Listen to the Queens D.A. taped interviews and come up with your own answers.

Michael Vail Carr was born 12 Jun 1952 in Yonkers West, NY and did have a wife I won't give her name as she is still living.
Michael was killed in a car crash in New York on 04 Oct 1979 He was born 12 Jun 1952 in Yonkers New York. The police report says there were no skid marks and looked suspicious.
Here's Michael Carr's memorial on Find A Grave
https://www.findagrave.com/memorial/217730492/michael-vail-carr 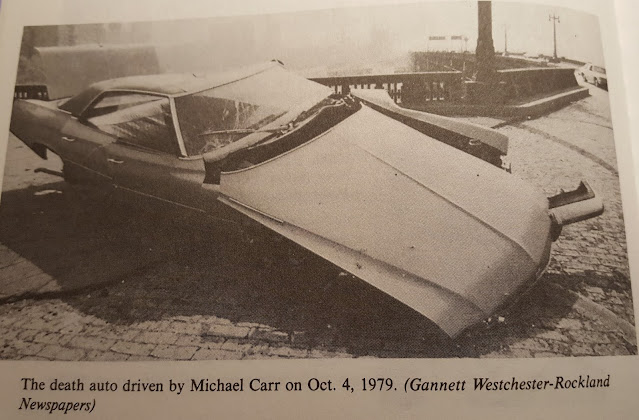 The following is from Maury Terry:
Following his trip to Minot, N.D. Terry next traveled to Stanford where he retraced Arils Perry’s steps that led to her death. He concluded that as many as four people were involved in her murder, including Mentzer, and one or more cult members from Bismarck. Terry was of the opinion that Arils did something back in Bismarck that convinced the group she had to die. “She might have heard or seen something she shouldn’t have,” he surmised. “They may have feared she would expose them.” Either that or she discovered there was a person, or persons, involved in Satanism, who, if exposed, would be greatly embarrassed and possibly lose a position of authority. “Someone in Bismarck okay-ed this and someone had the hooks to get help on the West Coast. This was a pretty sophisticated operation,” he insisted. “I think one of them was the law firm visitor. And one of those two still lives in Bismarck, ND.” Did David Berkowitz lie about Arils Perry??? Or did Maury fabricate yet more for profit?

Rumors were circulating in Bismarck about well-known men and women who were members of a Satanic club that sacrificed animals and drank blood. Brad King, a Bismarck dentist and former classmate of Arils Perry’s, recalled: “There were a lot of religious groups coming through town at the time. I remember seeing people dressed in priest’s outfits. But instead of white collars, they wore red collars and sported upside-down crosses draped around their necks. I think they were called the Holy Order of MANS.” Nevertheless, he wasn’t convinced Terry’s theories concerning Aris’s death were correct. King recalled being interviewed in his office by California detectives just before he attended his 10-year class reunion. “The police heard a rumor that someone in our class had set up an altar for her, but it was just a couple of photos of her along with other classmates who passed away,” he said. Around the time of his 30th class reunion, King called law enforcement officers in Santa Clara County to ask if there had been any breaks in the case, but was told there was no new information. Of Terry’s book, King said: “It didn’t surprise me that someone came out with some kind of conspiracy around her murder. I don’t know if I agree with the author that she was stalked from Bismarck to California. I remember a lot of weird religious stories going on around here in that time, like convents dancing under the full moon and rituals taking place down by the river bottoms. But in her case, I think she was at the wrong place at the wrong time.” 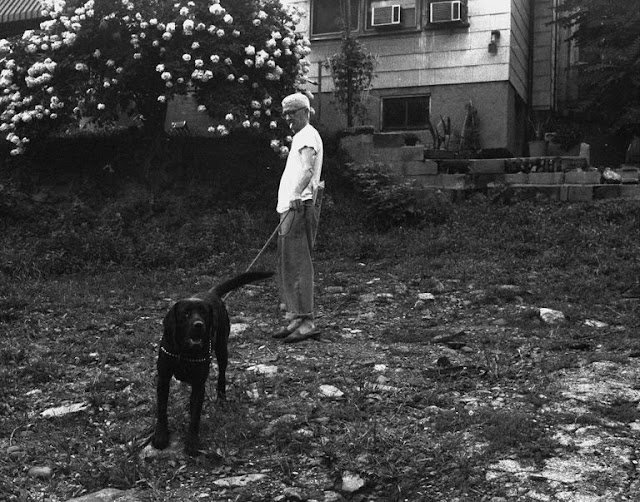 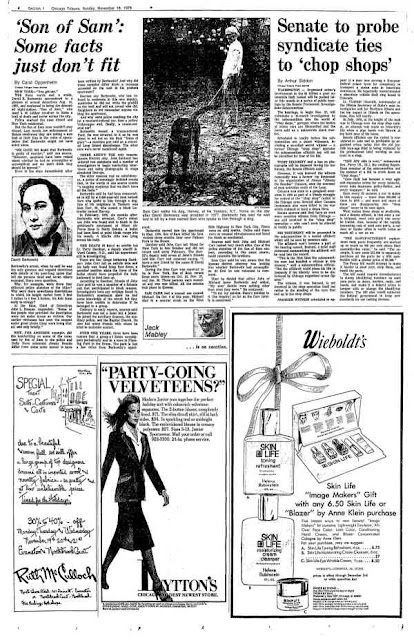 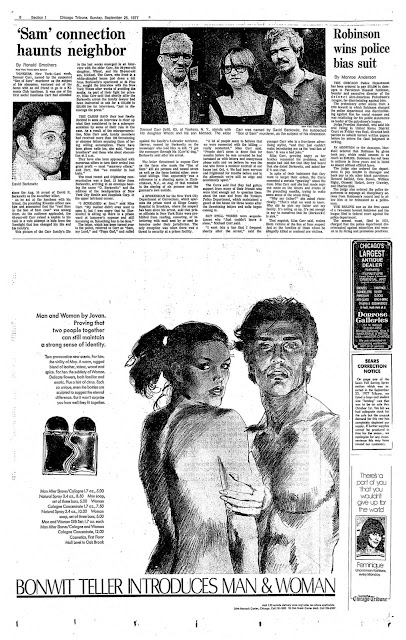 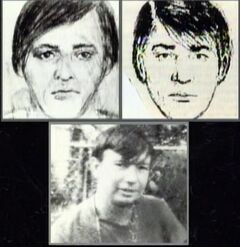 Police Sketches and a photo of John Carr


I am appalled at our police officials across this land. It would be so much better if they would just work together and share information. IT's everybody's sandbox!!!!

Update another North Dakota connection to Son of Sam
'Organic farmers' jailed for making drug 'crank' Leading North Dakota "organic farmers" Barry and Serena Dossenko were sentenced May 31 on charges of manufacturing illegal drugs and tax evasion by federal district judge Patrick Conmy. Barry Dossenko was sentenced to four years on charges of manufacturing methamphetamine, known as "crank" or "speed" and his wife Serena to one year on charges of tax evasion. The Dossenkos have been identified to EJR as associates of the satanic Son of Sam cultist
John Carr in Minot in the I 960s. Satanic paraphernalia was discovered on their property during the drug raids on their farm according to police. The prosecuting U. S. Attorney referred to Dossenko as a pioneer in the organic farming movement. They are activists who publish a newsletter and head an organic farming group called "Organic Futures," which sponsors meetings and seminars. They are active in the 'sustainable agriculture' circuit. A character witness for Dossenko was Dan Carlson, a University of Minnesota based geneticist who has invented a "miracle" fertilizer called "sonic bloom."
Source: Click here for Full Issue of EIR Volume 17, Number 24, June 8, 1990
Here are photos of John Carr's house in Minot, ND. 12st SE & Eastern Ave

Here is a close up of the front window 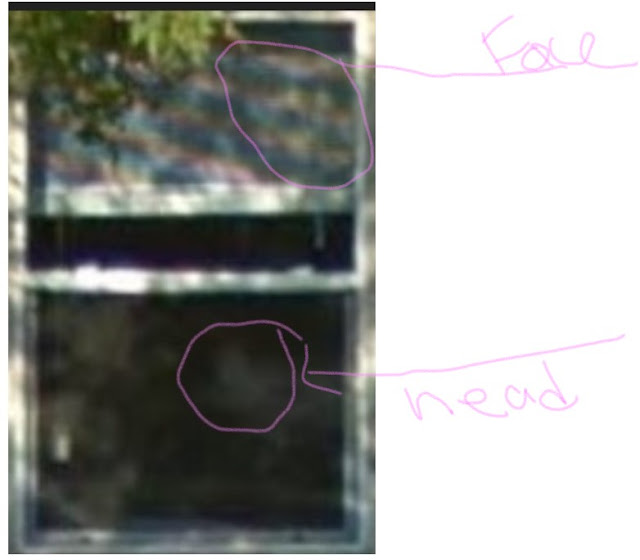 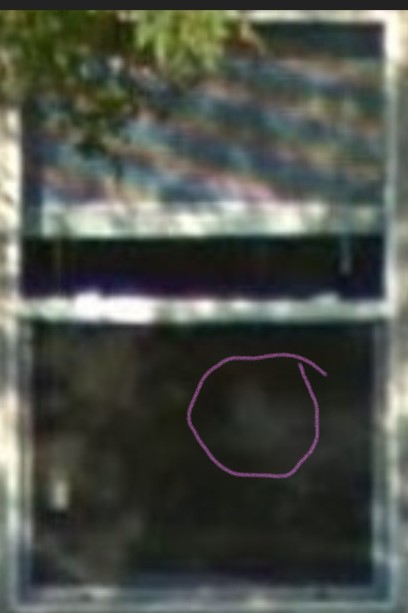 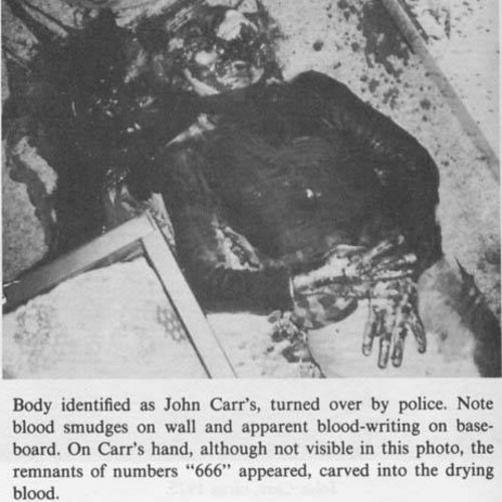 Above is a photo they say is of John, the police said it was a suicide, but other experts do not agree as the weapon was a rifle with a clever action and there were satanic symbols found at the crime scene, supposedly, but Linda's taped interview has no such things mentioned in it. Is this another Fabrication or all out lie?

Above is a weapon like what was found at the crime scene, how could one shot themselves in the head with this??? John was left handed and short.
Here's John's Memorial on Find A Grave
https://www.findagrave.com/memorial/204336368/john-charles-carr
John's girlfriend at the time lived on the Minot Air Force Base. 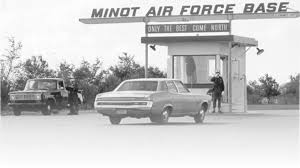 Here's the link to John Carr's obituary
https://www.newspapers.com/clip/63588653/obituary-for-sam-carrs/?fbclid=IwAR3q4zhXjLK35FL0o2mBALdmM2Pl9MWjDICOLghB-AltfEFe33_Lwl9X9eY
Ward County was in North Dakota not in South Dakota..the reported didn't get his facts right.
John Carr was married and divorced and had a kid who were they???? She lived in Texas at the time of his death, he went to visit her and he had called her before his death. She is alive so I will not post that here. 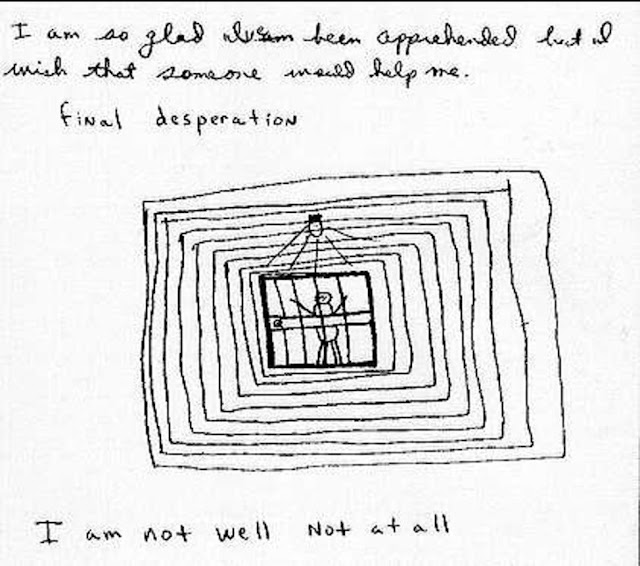 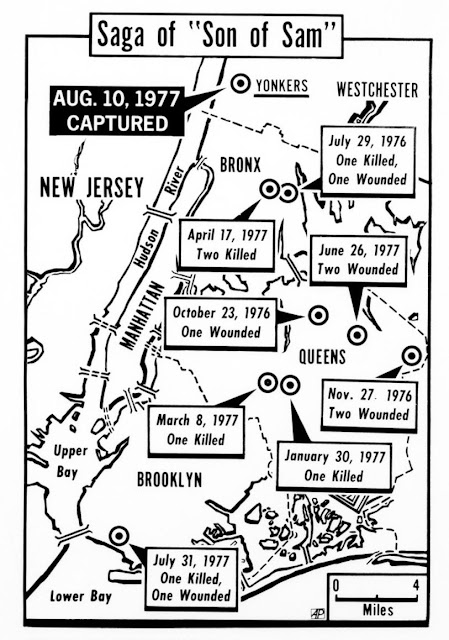 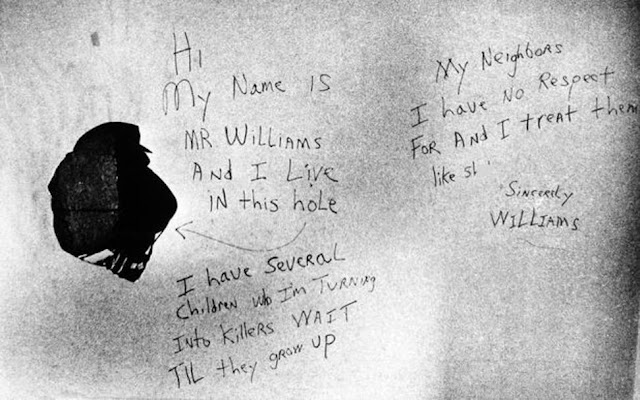 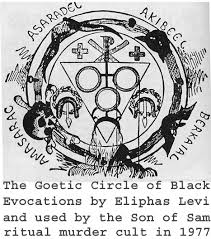 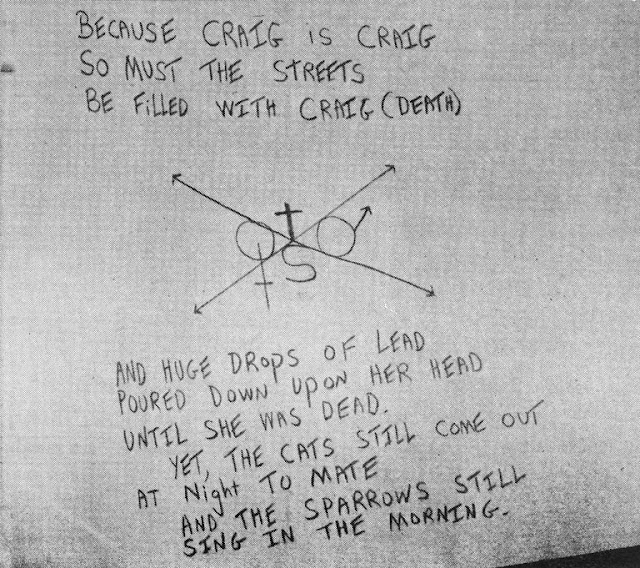 https://www.newspapers.com/clip/63520429/satanic-rituals-missing-persons/?fbclid=IwAR3tYtb4HIBZYNxFk0aY2vRX6-TOCwqw3igbn9-InYQWRtgUekiF5DxS15A
Missing persons Satanic Rituals: Bismarck, ND Michelle Julson and 3yr old son.
The CAVE where satanic worshiping was going in Bismarck before Arils left for California.
https://www.newspapers.com/clip/63519331/satanic-cave/?fbclid=IwAR0MEalkHfldn_3N9IaR7sXZXP7p0t_7bcZaD_x8IFYj0erwgKnPDnNbMWk
The son of Sam Challenges N.D. Lawmen:
https://www.newspapers.com/clip/63563786/john-carr/?fbclid=IwAR35z5PJy71vfwk0sw-YDFwI4Fi_Mh93NdgNxEq72azavKPzZHEhJLFwI3U
Satanist still active in North Dakota
https://www.newspapers.com/clip/63564116/john-carr/?fbclid=IwAR37K008L0yy3xTNP0I0fw-d2MoGl6AOiJW6IhQwSZELZzOeBB0eB_zji1c
John & Linda were going to get married, he had took all his belongings back to NY and when he returned to Minot, he opened a new bank account and got a P.O. Box and went to the VA to get back into school to finish his classes to graduate. Does that sound like a man who would kill himself the next day?
This has been updated several times but here is new records found, Queens District Attorney's office taped interviews will shine new light on this case. Things I once thought to be true I no longer believe after listening to these interviews.
There tapes are a game changer
https://archive.org/details/QueensDA_SonofSam_interviews/Wheat-Carr-ADA-Leifer-2.mp3

Popular posts from this blog

July 03, 2020
Arthur Robert Eggers was born 1 June 1894 in California, to Frederick k Eggers & Marie Rausher. Inmate: #A-4145 San Quentin Prison Rec: 16 July 1946 Crime: Murder 1st Degree Term: Death WARNING: I will warn you now I have posted some gruesome photos of the crime and body so do not go any further if you have a weak stomach or are offended in any way. Here are some newspaper clipping on the crime: https://www.newspapers.com/clip/54456846/arthur-eggers/   https://www.newspapers.com/clip/54552588/arthur-r-eggers/ https://www.newspapers.com/clip/54552399/arthur-r-eggers/ He was married to Dorothy Armand Lee she was born 23 Mar 1903 in Bismarck, ND (My hometown) she would be murdered on 1 JAn 1946 in Temple City, CA. They had an adopted daughter named Marie Elizabeth Eggers 1928-2004 Their niece was also living with them Lorannine Eggers Here are photos for Dorothy, Marie & Lorraine: Arthur admitted to killing his wife but he claimed he did not dismember her, he only shot her. He cla
Post a Comment
Read more

September 03, 2018
Benjamin "Bennie" Reeves was born 29 Jul 1880 in Arkansas to Bass Reeves and Nellie Jennie Wilson. Inmate #8513 Leavenworth Crime: Murder Rec: 5 Feb 1913 Term: unknown He shot his wife for messing around with another man. His father was Deputy Marshal and arrested him and took him to the jail. The greatest testimony to his devotion to duty was the fact he brought his own son in for murder once he received the warrant. Bass Reeves was one of the greatest peace officers in the history of the American western frontier. Bass Reeves Deputy U.S. Marshal Bass Reeves, born as a slave in Arkansas Territory, grew up in Lamar and Grayson counties, Texas, where he belonged to Col. George R. Reeves, later to become the speaker of the house in the Texas legislature. As a young man Reeves escaped north into theIndian Territory, where he became acquainted with the Cherokee,Creek, and Seminole Indians. It is believed he served as a soldier with the Union
14 comments
Read more