Son Of Sam Connections to North Dakota Part I

October 28, 2016
Arlis Kay Dykeman born 22 Feb 1955 in a little town called Linton, ND Her parents were Marvin Dykeman & Jean Van Beek. She graduated from Bismarck High School in 1973, where she was a cheerleader and a member of the Fellowship of Christain Athletes. She may have also been a member of Young Life. (As was I)

She attended Bismarck Junior College for a year
before she married . 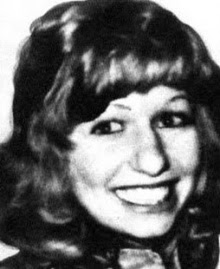 All of whom were born and died in North Dakota. Deep roots here.


Arlis was raised a Christain.


After Bruce and Arlis were married they moved to California to finish schooling at Standford.

Unfortunately one evening they got into a spat about the air pressure in one of the car tires. That would be the last time the two newlyweds would ever see each alive.

Arlis went to the chapel on the campus to pray and she was brutally murdered.


Now the rest might be a theory, to some but it's really not.

We have had Devil Worshipers in the Bismarck area for a long time. The caves that were out by the University of Mary were closed by authorities placing dynamite in them and blowing them up.
It is said there were altars for sacrificing and occult writings on the walls.
I remember when I was a teenager and on a Halloween night we drove through Hillside Cemetery and the Occult Worshipers were there and attacked our car. We were scared and got the heck out of there.

Arlis' murder is I believe connected to The Son of Sam. I think she tried to convert some young followers of this Occult and it pissed someone off.

This poor girl must have been frightened out of her wits and what they did to her was beyond cruel and morbid.
I am not going to write all the gory details, you can read about them in books, newspapers, and the internet.
I am doing this out of respect for her and her family.

I have read almost every article and book I can get my hands on about this case. I will say the best is  a book called The Ultimate Evil the truth about the cult murders: Son of Sam & Beyond by Maury Terry.
He did an outstanding job investigating information and talking directly to David Berkowitz, who by the way told him of all the connection in North Dakota including the Carr family. (I will do a separate blog on them). 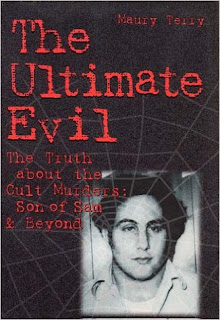 As far as I am concerned the police in North Dakota and California need to step up and do their jobs. If a private investigator and an author can dig up stuff and lead them in a direction where there are answers, then they should maybe head down that road.
It's utterly ridiculous that David Berkowitz has been the only person arrested when most of the Nation knows he was not alone in this. The dead and their families deserve Justice!! 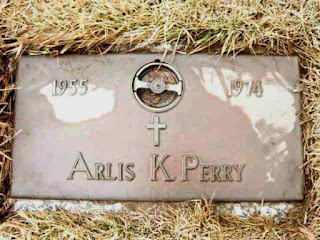 Arlis Rest In Peace the truth will come
Her husband had a dental partner and friend he supposedly committed suicide in 2005. here's that newspaper clipping. (Just click the link it will take you to the article).
https://www.newspapers.com/clip/66252178/mark-persson/
Here's the latest on Arlis' murderer...He had to of known the Carr brothers. If he killed her it was because someone told him to and he was bought off or scared for his own life, possibly a part of the Occult. Another Passé
https://www.mercurynews.com/2018/06/28/sheriff-suspect-in-infamous-1974-stanford-chapel-murder-shoots-self-as-detectives-close-in/?fbclid=IwAR2XvASkpnfqhO7JAvua4EE4eQZSEwk5waLJVnDcf39PVWIH2-jyqlimM6Q 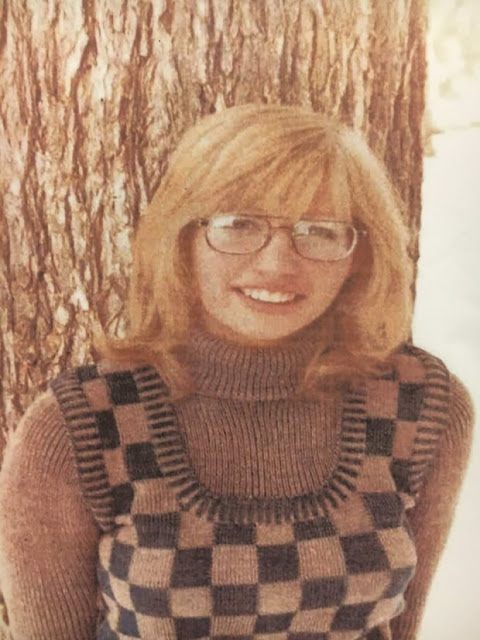 Here is a link to the Queens District Attorney's Tape interviews on the Son of Sam Case. I think you will find them very interesting and will open a whole new prospective on this case.
https://archive.org/details/QueensDA_SonofSam_interviews/Wheat-Carr-ADA-Leifer-2.mp3

Popular posts from this blog

October 29, 2016
John Charles Carr was born 12 Oct 1947  West Yonkers  NY.  He died 17 Feb 1978 Minot Air Force Base Minot, ND (at his girl friends house Linda O'Connor, who was married to a Airforce Man) to a gunshot to the head (Assumed Murdered). The police officials on the base ruled it a suicide, but has since believed otherwise. His parents were Samuel Carr (1912-1996) & Frances Erline Thompson (1922-2011) Here is his Memorial on Find A Grave https://www.findagrave.com/memorial/218513116/samuel-carr John's Siblings Michael Vail Carr & sister Wheat Carr Maury Terry  Author of The Ultimate Evil was able to connect the 1978 death of John Carr at Minot Air Force Base in North Dakota to both the Process Church and Son of Sam murders. Carr, who was shot in the head at the home of his girlfriend, was initially listed as a suicide, but it turned out, John’s father, Sam Carr of Yonkers, was the inspiration for the term “Son of Sam.” Berkowitz told Terry the group likely killed
59 comments
Read more

July 03, 2020
Arthur Robert Eggers was born 1 June 1894 in California, to Frederick k Eggers & Marie Rausher. Inmate: #A-4145 San Quentin Prison Rec: 16 July 1946 Crime: Murder 1st Degree Term: Death WARNING: I will warn you now I have posted some gruesome photos of the crime and body so do not go any further if you have a weak stomach or are offended in any way. Here are some newspaper clipping on the crime: https://www.newspapers.com/clip/54456846/arthur-eggers/   https://www.newspapers.com/clip/54552588/arthur-r-eggers/ https://www.newspapers.com/clip/54552399/arthur-r-eggers/ He was married to Dorothy Armand Lee she was born 23 Mar 1903 in Bismarck, ND (My hometown) she would be murdered on 1 JAn 1946 in Temple City, CA. They had an adopted daughter named Marie Elizabeth Eggers 1928-2004 Their niece was also living with them Lorannine Eggers Here are photos for Dorothy, Marie & Lorraine: Arthur admitted to killing his wife but he claimed he did not dismember her, he only shot her. He cla
Post a Comment
Read more

September 03, 2018
Benjamin "Bennie" Reeves was born 29 Jul 1880 in Arkansas to Bass Reeves and Nellie Jennie Wilson. Inmate #8513 Leavenworth Crime: Murder Rec: 5 Feb 1913 Term: unknown He shot his wife for messing around with another man. His father was Deputy Marshal and arrested him and took him to the jail. The greatest testimony to his devotion to duty was the fact he brought his own son in for murder once he received the warrant. Bass Reeves was one of the greatest peace officers in the history of the American western frontier. Bass Reeves Deputy U.S. Marshal Bass Reeves, born as a slave in Arkansas Territory, grew up in Lamar and Grayson counties, Texas, where he belonged to Col. George R. Reeves, later to become the speaker of the house in the Texas legislature. As a young man Reeves escaped north into theIndian Territory, where he became acquainted with the Cherokee,Creek, and Seminole Indians. It is believed he served as a soldier with the Union
14 comments
Read more